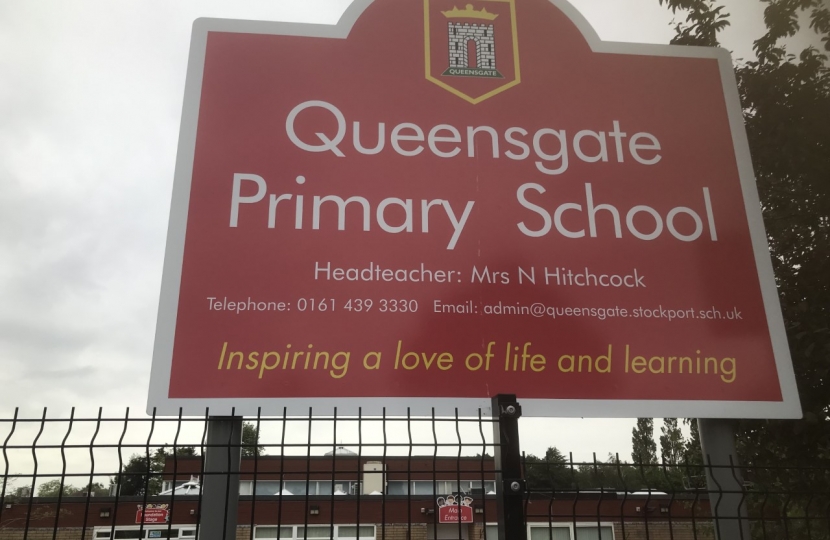 Your local Conservative Councillors, John McGahan, Mike Hurleston and Brian Bagnall, oppose any proposals to change the location of Queensgate School by moving it to Woodford Garden Village. Along with local residents, they support the opening of the long awaited Woodford Primary School as planned in September 2022, in addition to the existing provision to serve the needs of Woodford and Woodford Garden Village.

Cllr John McGahan said, "Removing the ability for parents and children to walk and cycle to school would be detrimental to their health and add further pollution due to additional car journeys. It is unacceptable to ask parents and small children to travel more than 2 miles and in some cases more than 3 miles to access education and according to DfE this would be considered an unreasonable offer which we believe would have a detrimental effect on family life.

Queensgate is currently an outstanding school and we would support further investment in its current location. Join our campaign by signing the petition below!"

As many of you will know, there was recently a proposal to move Queensgate Primary School from its site in Bramhall to the new Woodford Garden Village. This would have meant some of Queensgate's pupils having to travel long distances to reach their school.

Stockport Council has now opened their consultation into the future of Queensgate School and any proposed moved to Woodford Garden Village.

We encourage all parties - from parents and carers to local authority employees and concerned constituents - to make your voice heard.

Councillors Campaign to Save Queensgate School

There has been talk recently regarding the possibility that Queensgate Primary School may move to the new Woodford Garden Village.