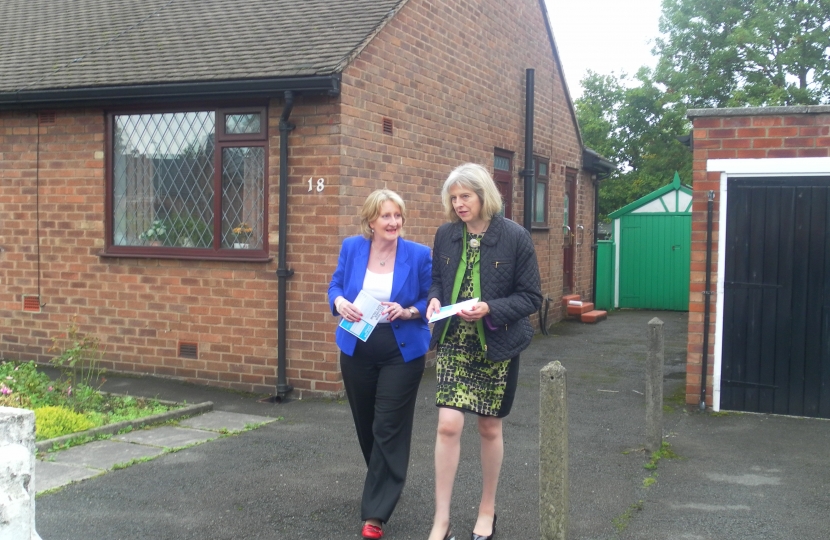 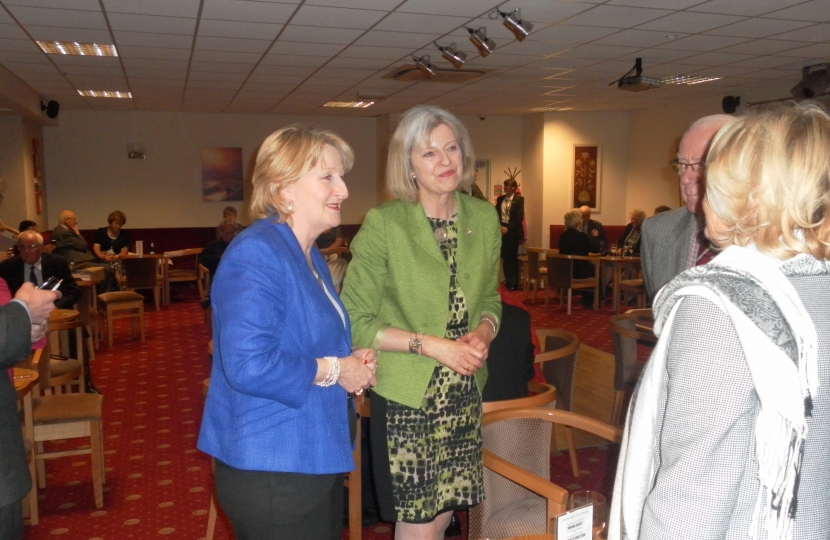 Fresh from attending the Conservative Party Conference in Manchester, Theresa May came to Cheadle to speak about the announcements that were made at the Conference and the Conservatives' record of action in Government; particularly in reducing crime and immigration.

Following this session, The Home Secretary joined Cheadle's Conservative Party candidate Mary Robinson on the streets of Cheadle Hulme, speaking to local residents and listening to their concerns.

Mary Robinson said, "It was great to have the Home Secretary come to support my campaign, and join me in making the case to residents why Cheadle needs a Conservative MP. This is vital if we are to have a majority Conservative government in 2015 so that we can carry on rebalancing the economy, creating jobs, and reducing crime and immigration."