John is the Councillor for Bramhall South and Woodford Ward,

John has lived in Bramhall for 30 years and is married to Jan. They have one son, Chris. John played football for Bramhall FC before becoming a coach at Mountfield Rovers JFC for over 10 years

First elected in 2014 as ward councillor for Bramhall South & Woodford, he has served as Area Committee Chair, Chair and Vice Chair of Corporate Resource Management and Governance scrutiny committee at Stockport MBC. In addition, he has been Vice Chair of Corporate Issues and Reform at Greater Manchester Combined Authority for the last 5 years.

A strong advocate of protecting the green belt, John was involved in the group response to the Greater Manchester Spatial Framework and the Cheshire East Local Plan.

John took part in the scrutiny of the council’s response to the failure of Carrillion and the effect on council services and completion of A555.

Please be advised that contractors working on behalf of Cadent will be undertaking maintenance works to their apparatus on Bramhall Lane South, Bramhall at the junction of Ladythorn Road.

The Conservative government has awarded a further COVID-19 support grant to Stockport.

This grant, of more than £800,000, will really benefit the people of Stockport and the constituencies within the borough, including Cheadle.

As many of you will know, there was recently a proposal to move Queensgate Primary School from its site in Bramhall to the new Woodford Garden Village. This would have meant some of Queensgate's pupils having to travel long distances to reach their school.

Councillors have been advised that contractors working on behalf of Stockport Council will be undertaking maintenance works on the A555 Manchester East Airport Link Road, Woodford.

As well as the Worker Bee Market on Bramhall Lane South, showcasing lots of local talented traders, there will be a vinyl record fair and charity stalls in the Village Square.

With the Bramhall Summer Festival taking place this weekend on the 10th July, councillors have been made aware of the following road information: 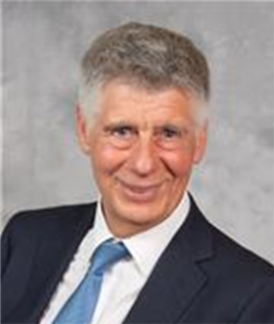