John is the Councillor for Stepping Hill Ward.

John has lived in Stockport for 65 years and is married with two grown up sons and four grandchildren.

John is a retired Physics teacher, having taught Physics and Maths up to and beyond A-level. John was also a commissioned officer in the Combined Cadet Force in the RAFVR(T), a position he was pleased to hold for thirty-three years. Amongst his various qualifications, John obtained authorisation to run assault courses; John is most pleased with this qualification because of how unusual it is.

After retiring from teaching, he continued his interest in the Conservative Party and became an elected Conservative Councillor in Stockport representing the Stepping Hill Ward. John has held this position for seven years. John’s remit on the Council is Public Health and he is the vice chair of the Adult Social Care and Health Scrutiny Committee and Chair of the Scrutiny Review Committee. John also sits on the Stepping Hill Area Committee.

John and his wife were very pleased to be asked to represent the people of Stockport as Deputy Mayor and Mayoress, roles which they were honoured to hold.

John is also Vice Chair of Governors at Moorfield School. In this role he works closely with the headteacher, officers of the Council and fellow Governors.

Stepping Hill is represented by:

Prior Approval for Arundel Mast Refused

Stockport Council has today published its decision regarding the proposed 5G mast. Prior approval for the mast, which would have been placed on Arundel Avenue in the Stepping Hill ward, is required and has been refused.

Hearing the concerns of residents, Councillor John Wright and the Cheadle Conservatives have launched a campaign to reject the planning application for a 5G mast in Stepping Hill.

Your Conservative councillor for Stepping Hill, John Wright, has been made aware of concerns raised by residents in the ward over a planning application. The application in question would see a 5G mast installed on Arundel Avenue, which falls within the Stepping Hill ward boundaries. 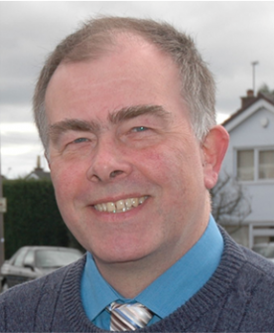