Stockport Conservatives are the working group of Conservative Councillors, candidates and activists from across the Metropolitan Council area of Stockport.

Stockport Metropolitan Borough Council or SMBC, is made up of Councillors from across 4 parliamentary constituencies, namely Cheadle, Hazel Grove, Stockport and Denton & Reddish Constituency. 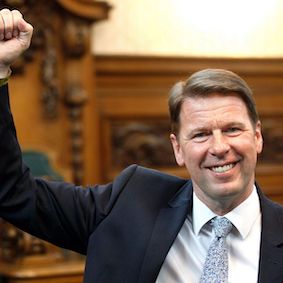 The further 2 members of the Stockport Conservative team is Cllr. Brian Bagnall of Bramhall South & Woodford and Cllr. Linda Holt of Bramhall North. 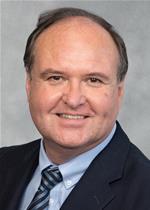 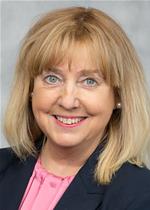 Bramhall is a suburban area in the Metropolitan Borough of Stockport, Greater Manchester, England. Historically in Cheshire, it had a population of 17,436 at the 2011 Census. Bramall Hall, in the heart of Bramhall situated in 26 hectares (64 acres) of parkland, is an example of a 14th-century Cheshire building. In 2016 an extensive programme of restoration work was completed. The Ladybrook flows through the park towards Cheadle and Bramall Hall.

Bramhall North and South are represented by the Bramhall Conservatives branch.

Cheadle is a village in the Metropolitan Borough of Stockport, Greater Manchester, England. Bordering Gatley, it is close to Manchester Airport and lies on the Cheshire Plain in the final meander of the Ladybrook Valley before it joins the River Mersey to the north. Cheadle is on the A560 from Stockport to Chester and borders onto the A34.

Cheadle Hulme is a suburb in the Metropolitan Borough of Stockport, Greater Manchester, England. Historically in Cheshire, Cheadle Hulme is 2.3 miles south-west of Stockport and 7.5 miles (12.1 km) south-east of Manchester. It lies in the Ladybrook Valley, on the Cheshire Plain. In 2011, it had a population of 26,479.

Heald Green is a suburb in the Metropolitan Borough of Stockport, Greater Manchester, England. In the south-west of the borough, near Manchester Airport and within the boundaries of the historic county of Cheshire, it is bordered by Gatley and Cheadle to the north, Cheadle Hulme to the east.

Stepping Hill lies within Hazel Grove a suburb in the Metropolitan Borough of Stockport, Greater Manchester, England, close to the Peak District national park. Hazel Grove is made up of three separate townships: Norbury, Torkington and Bosden-cum-Handforth. It is expected that prior to the 2023 elections, Stepping Hill will cease as an electoral ward and will become Norbury & Woodsmoor. Norbury (Nordberie) was mentioned in the Domesday Survey in 1086.

Where to find us 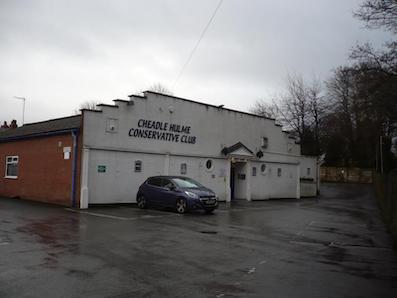 You can find our constituency office at 25 Mellor Road, Cheadle Hulme, Stockport SK8 5AT.

If you wish to contact us, please reach out on our Contact Form. Alternatively you can reach us on office@cheadleconservatives.com.

Stockport's most visible landmark is its Viaduct standing at 111 feet (34 m) high, and carries four railway tracks over the River Mersey on the line to Manchester Piccadilly. The viaduct built of 11,000,000 bricks, a major feat of Victorian engineering, was completed in 21 months at a cost of £70,000.The structure is Grade II* listed.

Beside the M60 motorway is the Stockport Pyramid, a distinctive structure designed by Christopher Denny from Michael Hyde and Associates. It has a steel frame covered with mostly blue glass and clear glass paneling at the apex and was intended to be the signature building for a much larger development planned in 1987. Construction began in the early 1990s and it was completed in 1992. 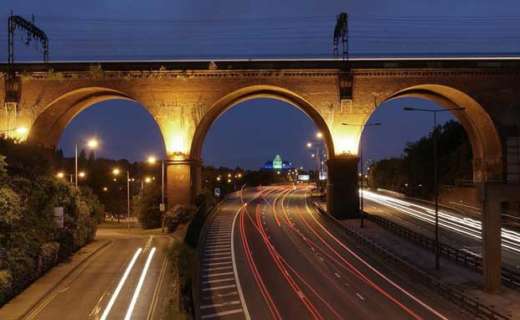 Bramhall North is represented by: