Mary Robinson was first elected to the House of Commons at the 2015 General Election as the Conservative Member of Parliament for Cheadle. Mary was re-elected following the 2017 General Election.

Mary served as a borough councillor for six years, where she was also the Chairman of a local Conservative Association.

In the last Parliament, Mary was a member of the Communities and Local Government Select Committee. The Select Committee conducted inquiries into the Future of our High Streets, Adult Social Care, Homelessness and Capacity in the Homebuilding Industry. You can see the work done by the Committee by following the link here.

Mary has a law degree, which she gained by studying whilst bringing up young children, and set up and ran a successful accountancy practice with her husband.

In response to constituent's writing in, Cheadle MP Mary Robinson has issued the attached statement about strengthening the law to tackle sewage overflow and pollution.

Mary Robinson MP and Cllr. Alanna Vine were delighted to be able to help the small community group - Sustainable Bramhall - litter pick a week or so ago.

They picked up litter around the Bramhall Green area and then in Happy Valley.

Back our team of local council candidates in May's elections

The amazing success of the vaccine rollout across the UK is a testament to the hard work of our NHS and community volunteers as well as the foresight and leadership of our PM Boris Johnson and Health Minister Matt Hancock. 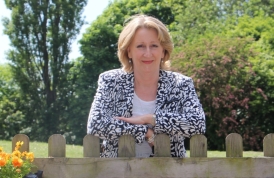